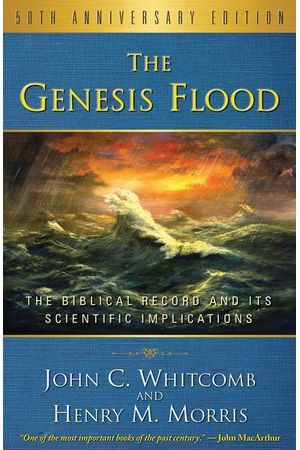 The Biblical Record And Its Scientific Implications

When The Genesis Flood first appeared, reviewers predicted that it would be quoted, referred to, and widely discussed in the years ahead. Carefully written and well documented, the book has since become a classic defense of biblical creationism and the universality of the flood described in the book of Genesis.

The authors delineate the inadequacies of uniformitarianism and the evolutionary theory. They stress the philosophic and scientific necessity of a "creation of apparent age," as well as the place of geologic and hydrologic catastrophe, especially that of the great deluge during the days of Noah. Replete with empirical data from the disciplines of hydrology, geology, and archaeology, The Genesis Flood asks readers to consider the orientation of pertinent data within the framework of biblical creationism and catastrophism. Many illustrations, charts, and diagrams, along with extensive indices, help to clarify the harmonization of the biblical record and scientific evidence. Opposing viewpoints are given careful and courteous treatment.